On Tour with Kids

Frankfurt am Main has become our adopted home and we love it. I love walking through the new old town in the heart of the Main metropolis. I like the Römerberg with all the stories to discover. And as city guide Verena shows me one morning, there are also exciting things for kids.

Off to the Römerberg – or:

Who finds the cats?

> More about the Römerberg 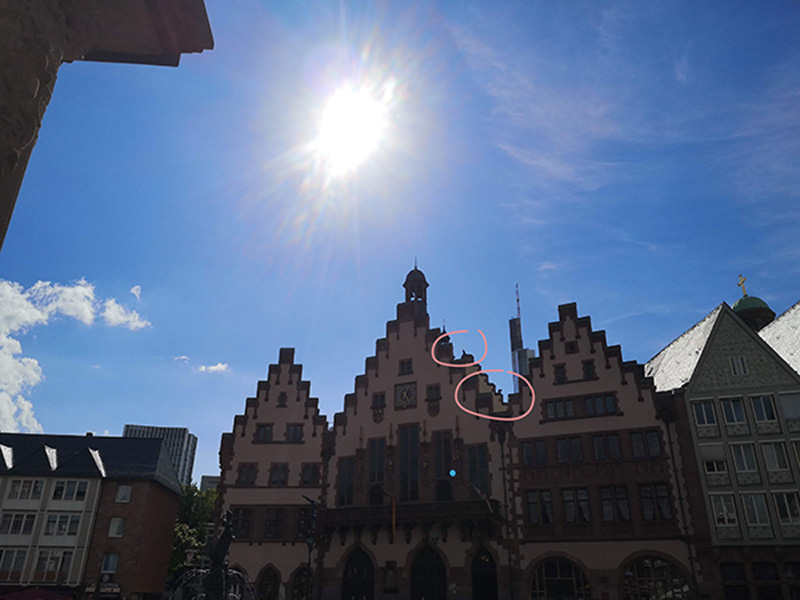 There were times when grain was stored in the town hall. Mice and rats love grains to nibble on, so they made themselves at home there. To counteract the rodents, cats were used to contain the infestation. Legend has it that this is how the cats were given a monument on the roof. By the way, you will never find more than two cats at a time.

Off to the New Old Town 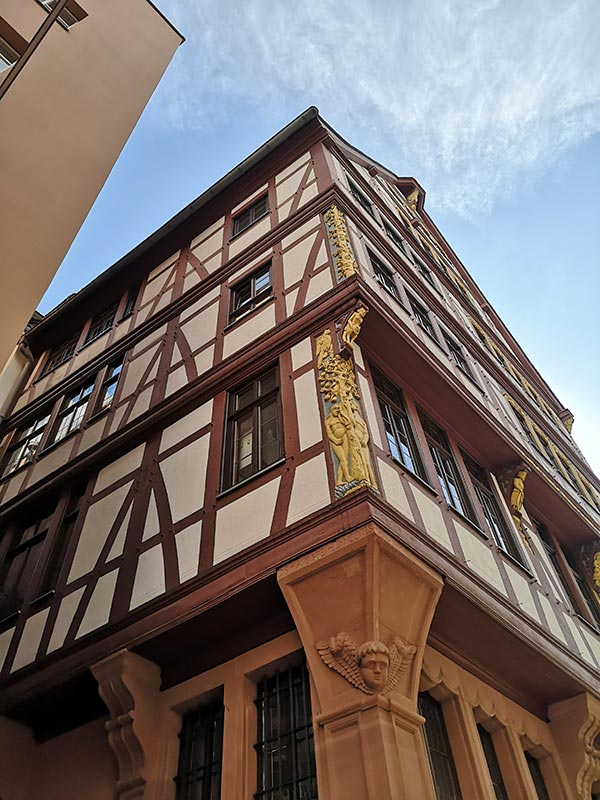 “What do you notice when you look at Adam and Eve?” I am standing with Verena at Rapunzelgässchen/Markt. I look at her questioningly and have no idea. I learn that children often see directly that the two have no belly button. Which is correct in itself. Because Adam and Eve are the first people on earth, were not born human and thus had no umbilical cord. And why Adam was once no longer naked everywhere, the kids and their parents learn during a guided tour with Verena. 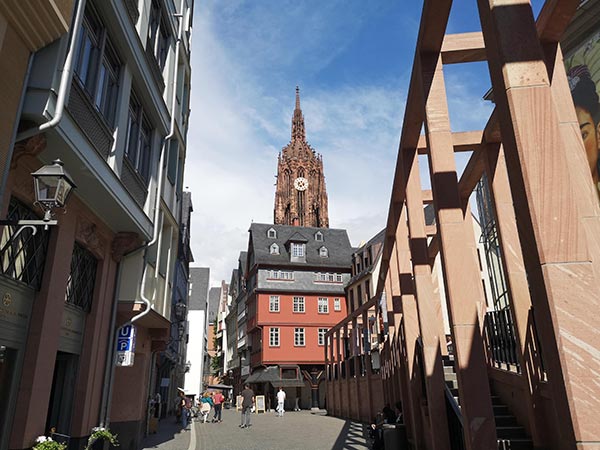 A few meters further on, you’ll come to Metzgerei Dey. And what do you call the color? Red. Okay – right. But what exactly is the color called? Oxblood red, and it’s exactly what you can buy as a hue these days. The name of the shade originated in the Middle Ages, when butchers regularly painted their houses with oxblood. Nowadays, fortunately, this is no longer the case and downstairs on the open first floor of the reconstruction you can meanwhile take a short break and eat frankfurters or fries.

Have you ever been to the Imperial Cathedral of St. Bartholomew? No? Then let’s go. You can discover these exciting things there with kids:

Find the Altar of Mary’s Sleep (1434-1438) – see picture above – and look at it closely with your kids: It tells the death of Mary and the life after death as a story. Do you see the three angels on Mary’s face? They are taking Mary up to heaven to God, who is pictured here. Mary is depicted in a white robe and as a girl who is allowed to go to heaven to God and find her salvation there.

There is a tomb of a girl about 4-5 years old from the year 680. It was probably a rich, noble girl, so a real princess! The grave is marked by a sandstone slab at the west entrance.

There are many tombs in the cathedral, for example that of Johann von Holzhausen and Gudula von Goldstein. The two had the portrait made before their deaths. Look at how the two wanted to portray themselves in their robes. 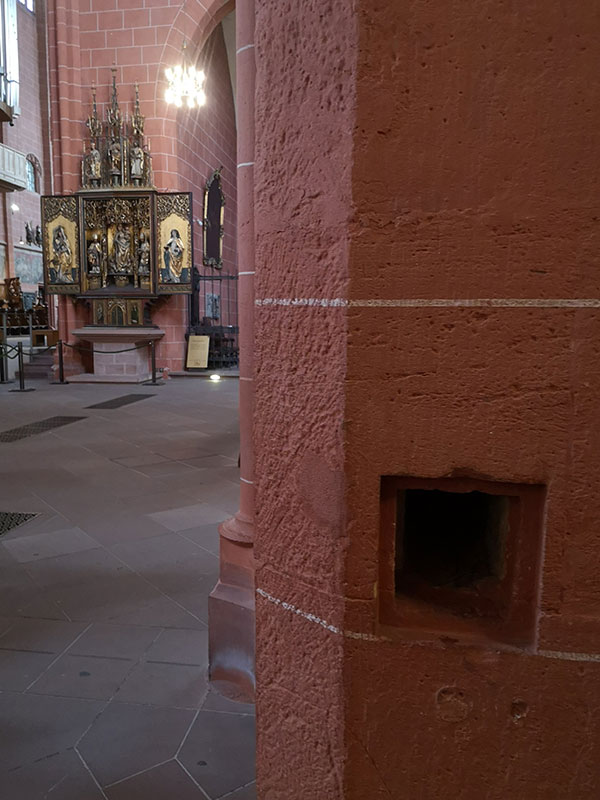 A hole in the cathedral?

A deep, mysterious hole in the middle of a pillar in the cathedral. Where it comes from? No one knows the background! Can you find it? Why do you think this hole exists? And do you dare to put your hand into it?

The Frankfurt Graffiti at the Kleinmarkthalle Frankfurt 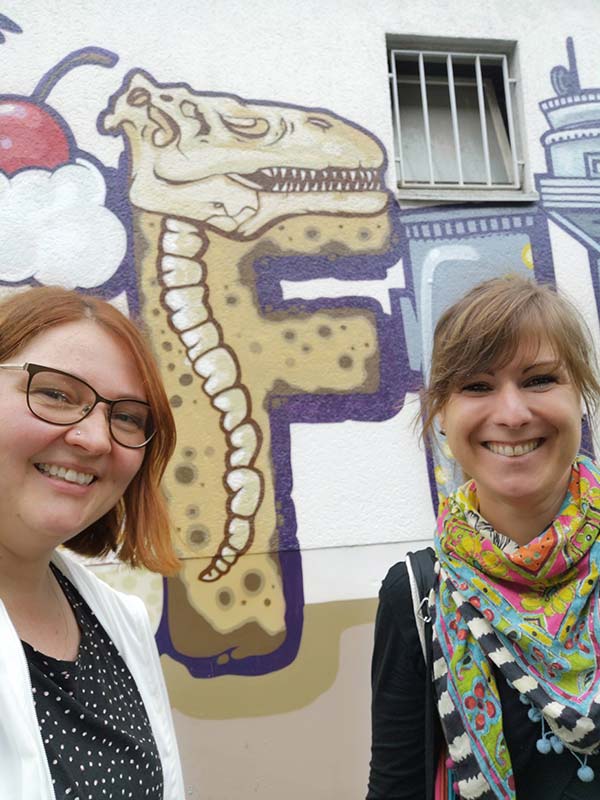 More information as of June 2022

Address for the start of the tour:

No free parking, best to use the surrounding parking garages or arrive comfortably by train.

You will find the tourist information directly at the Römer – they will be happy to help you with any further questions.

in Frankfurt
Was ist das? 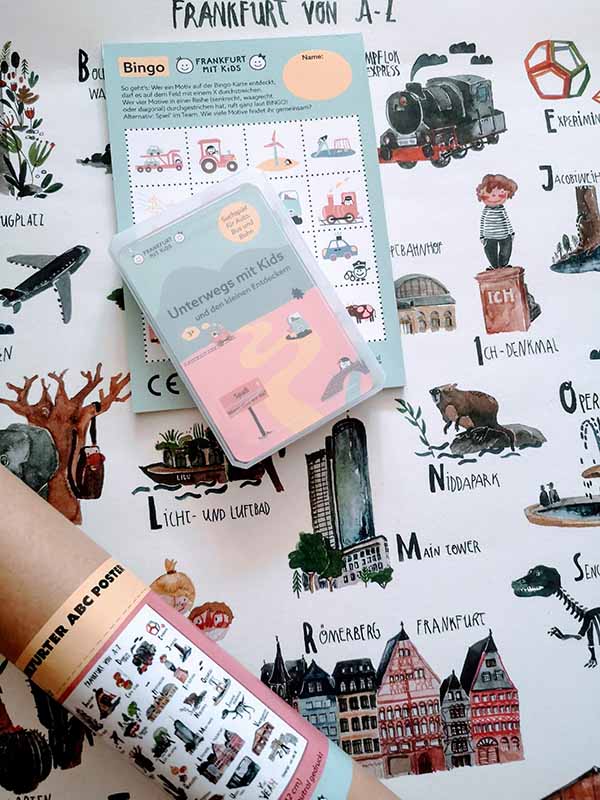 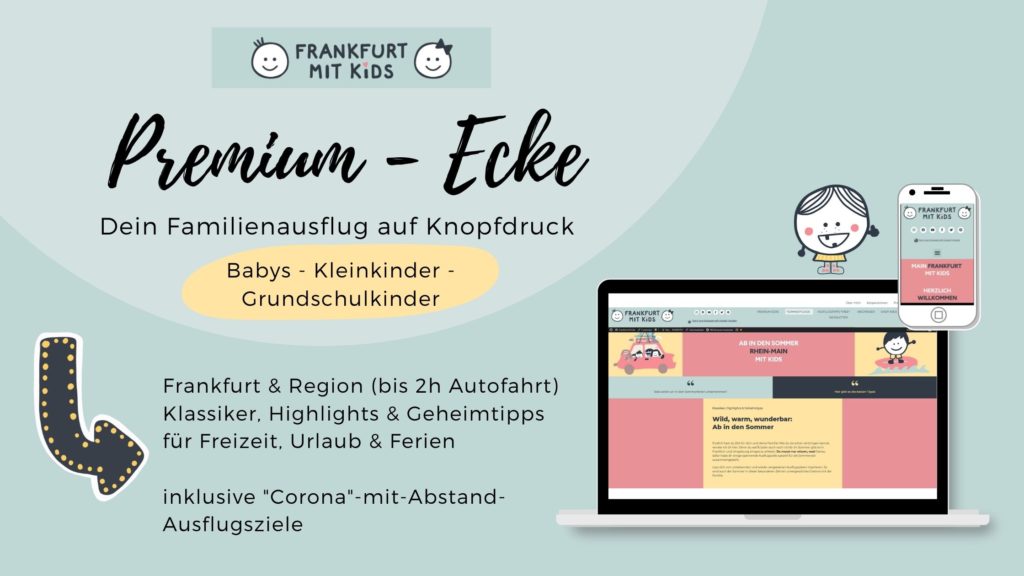 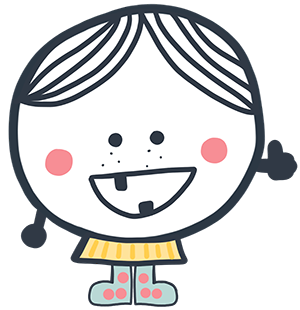